Now, I know what you’re thinking.  Didn’t Jerry write an article a couple of months ago with tips on how to represent yourself in small claims court?  Yes, I did.  But there’s a big difference between $1,200 in damage to your car and a federal indictment for a bajillion counts of fraud.  Yes, bajillion is a highly technical legal term.

When I was clerking in the Franklin County Court System, I observed a murder trial where the defendant insisted on representing himself.  It reminded me of the courtroom scene from “Airplane 2” – it was just ridiculous.  The Judge was beyond irritated to the point where the Judge’s forehead vein was having a better time than the jury.  When you are on trial for your life, or in a civil trial that can affect your entire life, I firmly believe in the old adage that one who is his own lawyer has a fool for a client.  I’m writing this post after reading John Futty’s article in today’s Columbus Dispatch about a man on trial for fraud.  He’s representing himself despite repeated warnings not to do so from the Judge, his court appointed attorneys, and probably every single person he has come across that knows about this case.  As someone who has tried several cases for clients and has observed a trial where an accused has represented himself, I can say with confidence that this will not end well for Thomas Parenteau.  For the Dispatch, Mr. Futty writes:

As Thomas Parenteau prepared for a second day of cross-examining his former mistress in a multimillion-dollar fraud case last week, he received a harsh critique from the federal judge handling his trial. 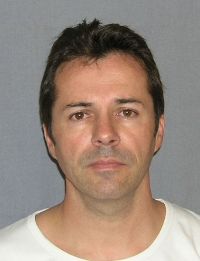 "I'm not a lawyer, but I play one in real life at a federal trial where I stand accused."

“You stepped on some land mines yesterday that wounded you pretty good,” Judge Michael H. Watson told Parenteau before bringing the jury into the courtroom for more testimony.

Watson urged Parenteau to reconsider his decision to represent himself, a recommendation he has made more than once since the jury trial began three weeks ago in U.S. District Court in Columbus.

Parenteau hasn’t taken the judge’s advice, insisting instead on exercising his constitutional right to handle his own defense.

A 1975 U.S. Supreme Court ruling that upheld a defendant’s right to self-representation “has been the bane of judges and prosecutors,” said Joshua Dressler, a professor at Ohio State University’s Moritz College of Law who specializes in criminal law.

Self-representation “almost always results in an inefficient trial that will take much longer than required and often, even to an outside observer, looks like a train wreck,” he said.

Justice Harry Blackmun dissented from the Supreme Court majority in the case, writing, “If there is any truth to the old proverb ‘One who is his own lawyer has a fool for a client,’ the court by its opinion today now bestows a constitutional right on one to make a fool of himself.”

Dressler said those who represent themselves typically “are either defendants with some mild form of mental illness or those with substantial egos who believe they can do a better job than their lawyers.”

Parenteau, a 46-year-old luxury-home builder, made a surprise request on the first day of his trial to take over the case from his two court-appointed lawyers, Gregory Peterson and W. Joseph Edwards. Watson ruled that they would remain at the defense table to provide advice, but Parenteau is running the show, handling the cross-examination of 14 witnesses so far.

His cross-examination of Pamela McCarty, his former mistress and the mother of his children, covered about eight hours over two days. The questioning was interrupted by frequent objections from U.S. Justice Department lawyer Richard Rolwing, sidebar discussions, and warnings from the judge that Parenteau was testifying rather than asking questions.

At times, the judge stopped testimony to instruct Parenteau in basic courtroom procedure, such as telling him how to “lay foundation” for a series of questions.

“A layperson attempting to represent (himself) runs the risk of boring the jury and runs the risk of irritating the jury,” said R. William Meeks, a Columbus defense lawyer. “You want to present your case in a crisp, straightforward, concise way. When a case moves along quickly, the jury stays involved.”

In his 36-year career, Meeks said this is only the second time he has seen a defendant represent himself in a complex case in federal court. In the other case, Columbus lawyer Joseph Hans successfully defended himself against tax-evasion charges in 1980.

But even lawyers usually know better than to represent themselves, Meeks said.

“You’re much better off being represented by someone with an objective point of view,” he said. “You have to be objective about the flow of evidence. It’s difficult to do that when your emotions are tied up in the fact that you are the accused.”

The biggest problem for the layperson is the difficulty of conducting proper and effective cross-examination, which Meeks said takes years of training and experience.

“For a defendant in a criminal case, the trial is won or lost based on cross-examination of the government’s witnesses,” he said. “You’re attempting to punch holes in the government’s case with witnesses whose testimony is adverse to your interests.

“The government has spent months putting together evidence against you. To take the evidence apart or to take the witnesses apart and create reasonable doubt takes not just skill but an enormous amount of work.”

In another rare case of a layperson successfully defending himself, Timothy Daniel fired his lawyer on the second day of his 2005 trial in Franklin County Common Pleas Court and won an acquittal from the jury on a murder charge. The judge, however, found him guilty on a gun charge and sentenced him to five years in prison.

Self-representation happens only about once a year in the court, Assistant County Prosecutor Tim Mitchell estimated.

“Occasionally, it poses ethical dilemmas,” Mitchell said. “We’re not supposed to be talking to defendants directly. There’s not a lot of trust there. That’s why they have attorneys.”

Parenteau’s effort to represent himself is further complicated because he’s being held in the Franklin County jail, limiting his access to the hundreds of boxes of documents related to the charges against him, which include bank fraud, money laundering and conspiracy to obstruct justice.

The judge told Parenteau that the court has made an “unprecedented effort” to accommodate his needs.

Parenteau was placed in a single jail cell and has been permitted to keep a small number of documents at a time. A holding cell in the federal courthouse has essentially become Parenteau’s law office, where he can work on the case during breaks in the trial and on weekdays when the trial is not in session. He was issued a laptop so he can review documents and recordings.

The Supreme Court ruling doesn’t allow a defendant who represents himself to appeal any resulting conviction by claiming ineffective counsel. That’s among the warnings a judge is required to give a defendant who seeks to defend himself.

“Unless there is evidence that the defendant lacks the mental capacity to understand the ramifications, the judge is obligated to let him defend himself,” OSU’s Dressler said.

“As long as he understands that bad things can happen, the judge is stuck, and so is everyone else.”

I’d like to say something to Mr. Parenteau.  Sir, I know nothing about your case or any of the evidence the prosecution has against you.  But I do know how trials work and I have a very good feel for how many hours the prosecution has spent preparing to get a conviction and put you away for a very long time.   You  may have spent a long time reading things too, but you’re no expert.  I could spend six months reading up on how to remove someone’s appendix but, guess what?  That poor man is going to die on the table if I start playing with scalpels.  You have competent appointed lawyers.  Let them scrub-in before it’s too late.

6 thoughts on “Defending yourself in court: the quickest road to ruin.” 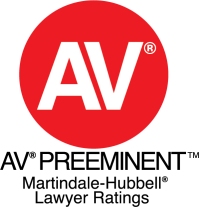