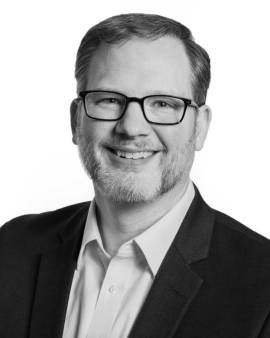 Jerry Kaltenbach is recognized as one of Ohio’s top lawyers by his peers and by the leading providers of attorney ratings in the nation.  Jerry is honored with an AV-Preeminent rating by Martindale-Hubbell, the highest possible rating for ethical standards and legal ability.  The AV-Preeminent rating results from surveys conducted of attorneys and judges that have worked with or seen Jerry in action.  This rating is very rare for attorneys under age 40 to obtain and Jerry has maintained this rating since age 34.

In addition, Jerry has been selected to Super Lawyers for 2019 after multiple years on the Super Lawyers Rising Star list by Thomson Reuters and as a Top Lawyer by Columbus C.E.O. Magazine in multiple fields including civil litigation and business law.  Jerry is rated “Superb” by Avvo.

The most valuable part of Jerry’s legal experience was developed in the courtroom.  Jerry successfully defended an Ohio County Sheriff and his deputy in an “unlawful search and seizure” case by oral argument before the United States Court of Appeals for the Sixth Circuit, one rung below the Supreme Court of the United States.  Jerry has also tried jury cases in Ohio Courts of Common Pleas.  His jury trial highlights include successfully defending a regional planning commission in a week-long jury trial against real estate developers seeking well over $1 million in damages and Jerry successfully defended a large real estate brokerage and its agent in a jury trial against claims alleging concealment of a defect in a home sale transaction.  Jerry has argued before the Ohio Court of Appeals for the Tenth District as well.

Jerry’s trial court successes also include securing six-figure judgments for clients in the home and commercial construction industries, representing real estate developers and projects in their transactions and disputes, and defending small and mid-size businesses and their owners across multiple industries in multi-million-dollar disputes.

Please note this information is biographical and Jerry is not presently accepting any new clients or matters.